Once in the evening, I’ve been helping Google to save Bunny Planet.

My friend from India told me that forest pythons are extremely dangerous.
He said: Nick, you a good man, but your bear fighting skills that you developed during childhood in Russia will barely help you if you will meet such a big snake as a python in a forest.

So, I was looking for some docs about interaction with pythons: tips from masters, evidence of survivals.
In short, anything that can be useful for me to learn how to end my morning workout run through jungles alive.

Suddenly Google search page started transforming into a terminal window.
I was surprised and did not believe my eyes. The first thing I did was a screenshot:

“You’re speaking our language. Up for a challenge?”

Right after that a thought came to my sharp mind: I did not speak anything, I was silently googling for answers. But somehow Google figured out that I speak their language. Apparently, they bluffed.
I’m not used to retreating, and I’ve decided to play. Didn’t you expect this, Google?

The blue button brings me to a browser based black console terminal. Google told me that I’d managed to infiltrate Commander Lambda’s evil organisation and earned some entry level position. (Not bad at all, according to that the only thing I did was looking for python catching docs)

During my adventure, I’ve made some notes in a journal that I stored on GitHub. 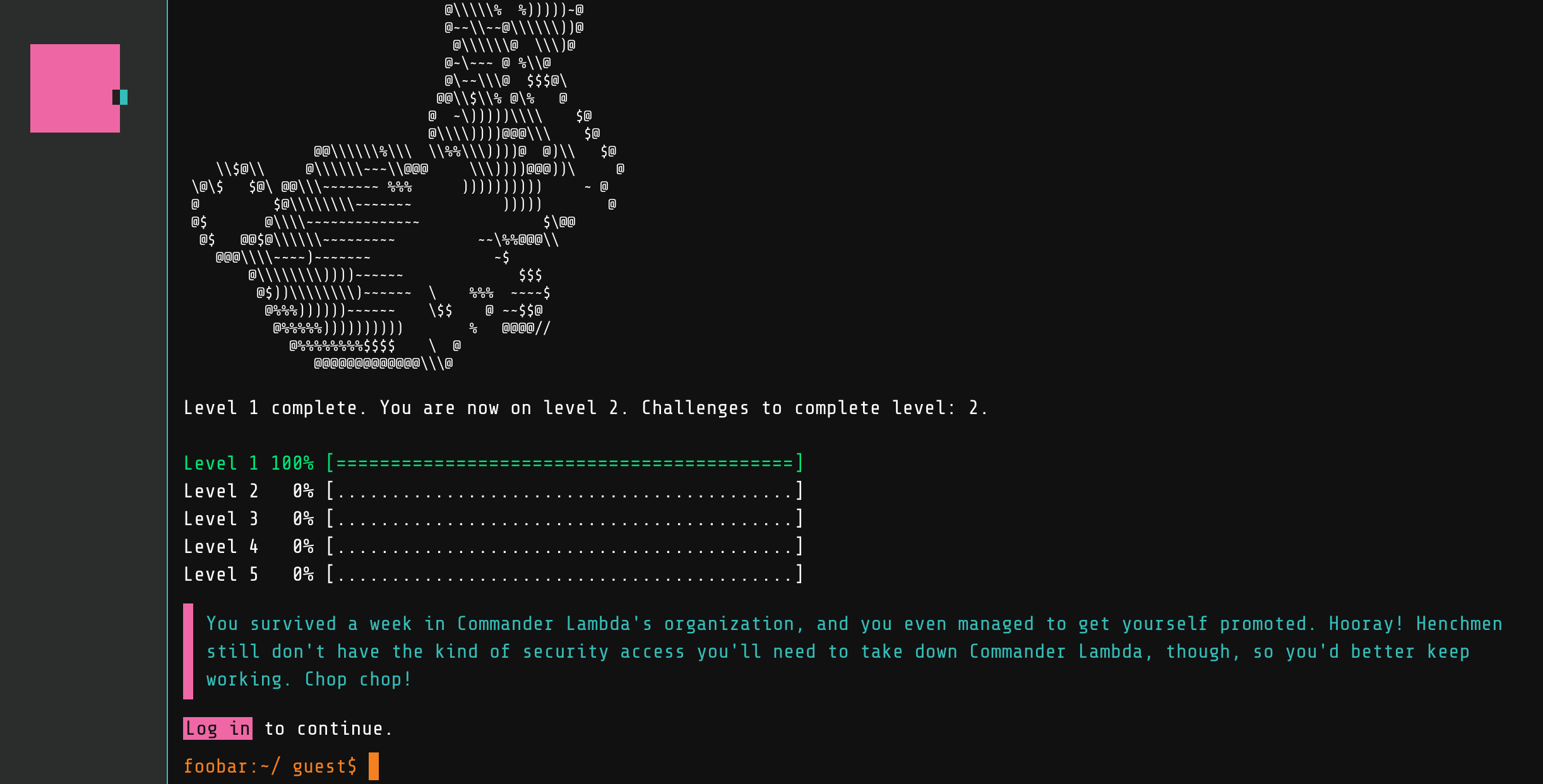 After a while, Google said: Nick, It’s dangerous to go alone! Invite a friend to try a challenge. Send link below. This is a single-use code, so choose wisely.
So be it, couple planet savers were welcomed aboard 🐻 🐻

In the middle of contest Google told me that he is impressed of my planet-saving skills and want to work with me.
He asked for my contact information and some details.

Who knows, maybe, “Planet Saver” it is my vocation. We’ll see.

In the end, I’ve destroyed LAMBCHOP doomsday device, saved lots of bunnies and their planet, and solved lots of interesting problems.

Thank you for such a great experience, Google! I’m waiting for new missions.
But for now, it is finally a time to learn how to survive in the jungle. 🐍